How the brain can control pain 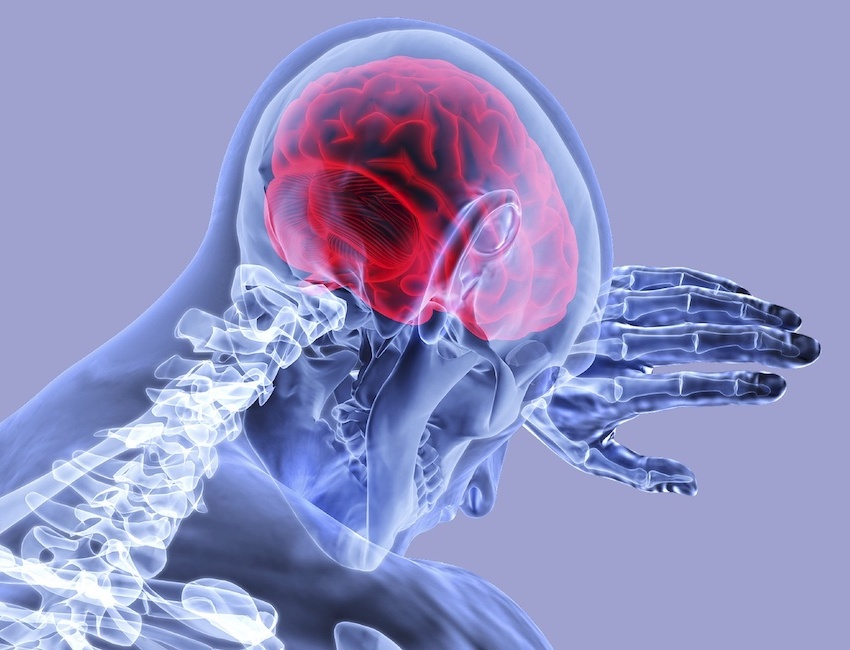 How the brain can control pain

Most of us have experienced significant pain at some stage in our lives, and it’s often an indicator that something is amiss and action is required –– whether that means avoiding injury, addressing an underlying health issue, or simply resting and recuperating. Pain can also be present without injury or obvious cause, and conversely, injury can be present without pain. All of this ultimately suggests that our brains have a degree of control in these matters.

The subject of our brains controlling pain can be difficult to navigate, with opinions vary from some having the belief that all pain is psychological to others entirely disregarding the notion. A New York Times recap of the book “Healing Back Pain: The Mind" frames the issue well. While the recap acknowledges that the idea of pain being psychological may go too far, it also quotes a neuroscientist stating that “The idea is now mainstream that a substantial proportion of people can be helped by rethinking the causes of their pain.” That’s not to say that many scientists believe that all or most chronic pain is purely psychological; in fact the majority now believes that pain can be a disease in itself that is sensed by the brain, and not just something that begins within the body.

Meanwhile, we also know that a lot of non-physical pain –– such as stress and trauma –– is actually due to brain changes, as opposed to “moods” or “feelings," and so on. This is a subject that has been discussed in depth by Dr. Bassel Van Der Kolk, a trauma expert and the author of “The Body Keeps The Score: Brain, Mind, and Body in the Healing of Trauma.” Scribd’s review of Van Der Kolk’s book reveals a central point that speaks to the broader discussion of pain and the brain, which is that traumatic stress “literally rearranges the brain’s wiring.” With the onus on pleasure, engagement, control, and trust, research suggests that these areas can be reactivated to distract from the pain of trauma through engaging in alternative, non-medicinal therapies. It is similarly believed that for those suffering with chronic pain, the same mind-body therapy methods may be utilized to re-train the brain to manage and alleviate pain by altering the way it’s perceived.

Today’s neuroscientists can actually prove that the brain is continually morphing and can be manipulated to be more suitable to our needs as we grow and our circumstances and environments change. Just as we can learn a new skill or change a long-term habit, we can teach ourselves to perceive pain differently. It’s now evidenced, for example, that meditation can restructure your brain and result in less pain sensitivity. And if the same meditation is practiced long-term, these changes can become more permanent. We looked into the studies behind how meditation can rewire your brain back in 2017 in fact, and found that direct evidence was drawn by Harvard Medical School through body scanning with a focus on breathing awareness and associated meditation. Areas of the brain associated with high levels of stress were reduced after a period of focused mindfulness training.

Altering the ways in which we think and what we focus on can be effective remedies for pain as well. Because stress and pain are closely connected and can influence one another, negative emotions can interfere with our ability to manage pain. Therefore, if we employ positive thinking to counter some effects of stress, we also stand to decrease the impact of pain in some instances. Similarly, by lowering our expectations of impending pain, we can lower the ultimate perception of it; refocusing and essentially withdrawing any attention to pain has been proven to decrease the pain's severity.

Used widely for treating a variety of conditions and mental health issues, EFT (Emotional Freedom Technique) can also be an effective therapy for pain management and relief. Using this tapping technique promotes cognitive restructuring and reverses unfavorable neural pathways. To give an interesting example, NBC News reported on how this technique was used to combat a sugar addiction. The therapy proved successful and the patient noted that she felt she was able to regain control, and now experiences emotional freedom. That may not have to do with pain management, but it demonstrates how EFT works on the body’s meridian system using focused acupressure. By tapping on acupuncture points, subjects induce calmness, and can ease pain and encourage deep relaxation –– often producing results in a short amount of time.

Ultimately, the correlation between our physical and mental wellbeing is quite extraordinary, and it is thus unsurprising that one can severely impact the other. And while most who study the matter will still argue that it's a stretch to suggest pain is entirely in the mind, it's encouraging to know that there are ways in which mindfulness and brain-training techniques can achieve positive outcomes. In some cases at least, it is possible to teach your brain to manage and relieve pain.